Bad "Points of Invincibility" and the Monument to Pushkin that "Killed" a Ukrainian. Russian Disinformation Monitoring, November 21-28, 2022

Bad "Points of Invincibility" and the Monument to Pushkin that "Killed" a Ukrainian. Russian Disinformation Monitoring, November 21-28, 2022

This week, the Russian propaganda machine has been spreading fakes and manipulations about power cuts in Ukraine and "bad refugees" who are allegedly being urged to leave Europe. Since February 24, Detector Media has been monitoring Ukrainian social media and documenting the chronicle of Russian disinformation around Russia's military offensive in Ukraine on a daily basis. Recently, we have also started making weekly reviews. During the week of November 21-28, 2022, Detector Media's analysts recorded about fifty disinformation stories that Russian propagandists spread to achieve their political objectives. This week, Russian propagandists tried to convince the world that the Ukrainian authorities, not Russia, are to blame for the power outages in Ukraine, accused the EU and the US of abandoning Ukraine, and spread fakes about the deadly Pushkin monument.

This week, Russian propagandists exploited the topic of power cuts. In particular, they claimed that despite the shelling of infrastructure facilities and electricity shortages, Ukraine continues to sell it abroad. They claimed that while people are without electricity at home, the authorities are selling it for a lot of money. Furthermore, propagandists claimed that Ukraine was not only selling electricity but also increasing the revenue from its exports by 2.5 times as a result of rolling blackouts in many regions. However, in fact, electricity exports from Ukraine were stopped on October 11, 2022 by the decision of the Ministry of Energy. That is, after the first massive missile attack on the power system. Ukraine increased revenue by 2.5 times from January to October 2022, that is, by $326.9 million. In addition, electrical engineers explained that there is no shortage of electricity production in Ukraine, the issue is delivering it to consumers since the Russians are attacking transformer substations. It is the damage to the electric grid that leads to power outages.

However, propagandists manipulate the data, creating the impression that the power outage in Ukraine is just a way for the authorities to make money, and not a forced measure due to missile attacks. By spreading such manipulations, the Russian propaganda machine seeks to sway Ukrainians against the government, giving the impression that the authorities do not care about the lives of ordinary people. By doing this, Russia also obscures the truth and downplays its responsibility claiming that the level of destruction has not been severe if Ukraine can afford to sell electricity abroad. 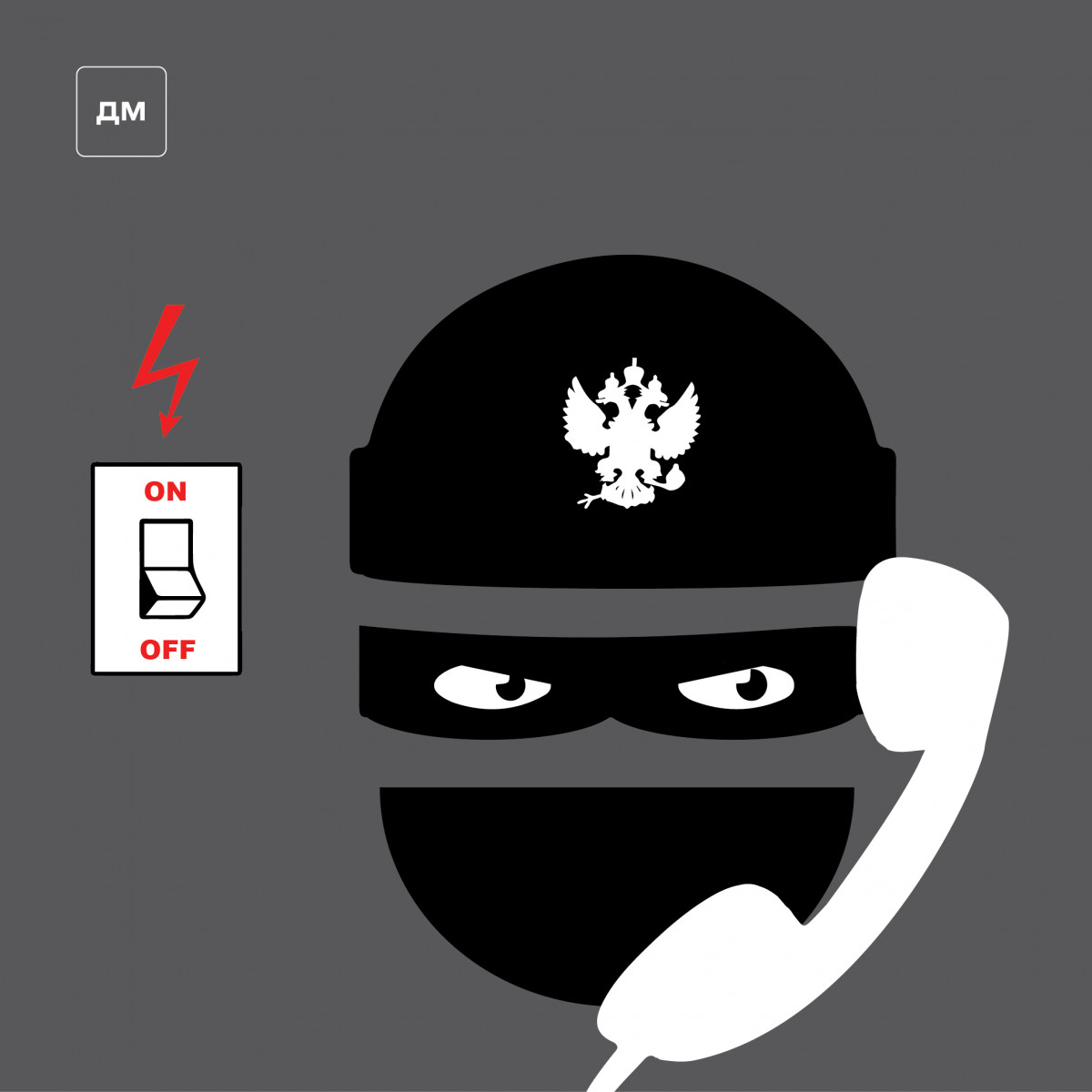 Also, Russian propaganda stereotyped Ukrainians with reference to territoriality. This time by using the topic of power outages. It claimed that in the southern and eastern regions, for example, in the Odesa region, power was cut to "transfer it to the West". However, there are blackouts in Ukraine in all regions, even in the westernmost Zakarpattia region. That is, electricity has to be turned off in Odesa or Kharkiv, as well as in Lviv or Uzhhorod, so as not to deplete the energy system, which suffers from Russian missile attacks. Russian propaganda deliberately exploits the blackout situation to suggest that there are bad and good Ukrainians, depending on whether they live in the country's west or east. Earlier, for example, Russian propaganda claimed that there were "more and less important" regions for the Ukrainian authorities.

However, this week, Russia moved from attempting to manipulate the power outage issue to direct blackmail. For example, propagandists claimed that the missile attacks would stop if Ukraine "desires to bring the situation back to normal and accepts Russia's negotiations and conditions". They maintain that Ukrainians suffer and lack electric power because of the inaction of the authorities and their unwillingness to negotiate. By sending such messages, Russia blackmails Ukraine, tries to get it to negotiate and agree to all the conditions of the aggressor, and incites its people against the Ukrainian government. Also, by doing so, Russia attempts to blame Ukrainian authorities for its crimes and actions. However, energy shortages are the result of persistent enemy missile attacks, and Ukraine refuses to compromise with Russia because it defends its territorial integrity and sovereignty.

Russian propaganda also spread the notion that the Ukrainian authorities allegedly observed a rise in protest sentiments in the society due to the blackout, so they put pressure on people to endure and be silent. A patriot is said to be someone who accepts the lack of electricity, communication, and water with humility. With such messages, the propagandists want to incite Ukrainians to take to the streets and protest against the government, arguing that if they don't, the situation will worsen, and the Office of the President is to blame. It is yet another attempt by Russia to discredit the Ukrainian government in the eyes of the people and blame the government for the blackout. This is also confirmed by Russian claims that discredit the idea of "Points of Invincibility", a project that started working in Ukraine in order to help Ukrainians during a time of power outage. They say that these points do not serve any purpose, were created solely to generate publicity, and provoke the enemy to launch missiles. Propagandists argue that these points are not protected from missile strikes because of their large crowds, making them a target for enemy missiles. And if an enemy missile hits one of the points, it would create a good story for the media. In fact, the "points of invincibility" will help people who were left without electricity, water supply, and communication following missile attacks. These points were deployed in most cities of Ukraine to ensure residents could stay warm, recharge gadgets, and heat food and tea during prolonged blackouts. These points are useful in prolonged blackouts, as evidenced by their use across cities in times of blackout. These points, for instance, are used for inhalations for sick children.

During the week, Russian propagandists also spread the narrative that there will be no more assistance to Ukraine because Europe and the United States are tired of the war. It is alleged that all hopes of Ukrainians have gone up in smoke because the United States has ceased to provide assistance to Ukraine. However, this is not true. Neither the US nor the EU has stated that they intend to stop helping Ukraine in the war with Russia. But Russia systematically spreads such messages to frighten Ukrainians and destabilize the situation. They say that soon Ukraine will be left without any outside help and the state of affairs will deteriorate.

The propagandists also claimed that the famous football player Lionel Messi asked Ukrainian refugees to leave the EU. Allegedly, he said that he was tired of witnessing this senseless war and called on Zelenskyy to "take his people and get them out of Europe". Of course, Messi didn't say that. For propagandists, it makes sense to spread the notion that all countries reject Ukrainian refugees. Learn more about disinformation about Ukrainian refugees in the study conducted by Detector Media. 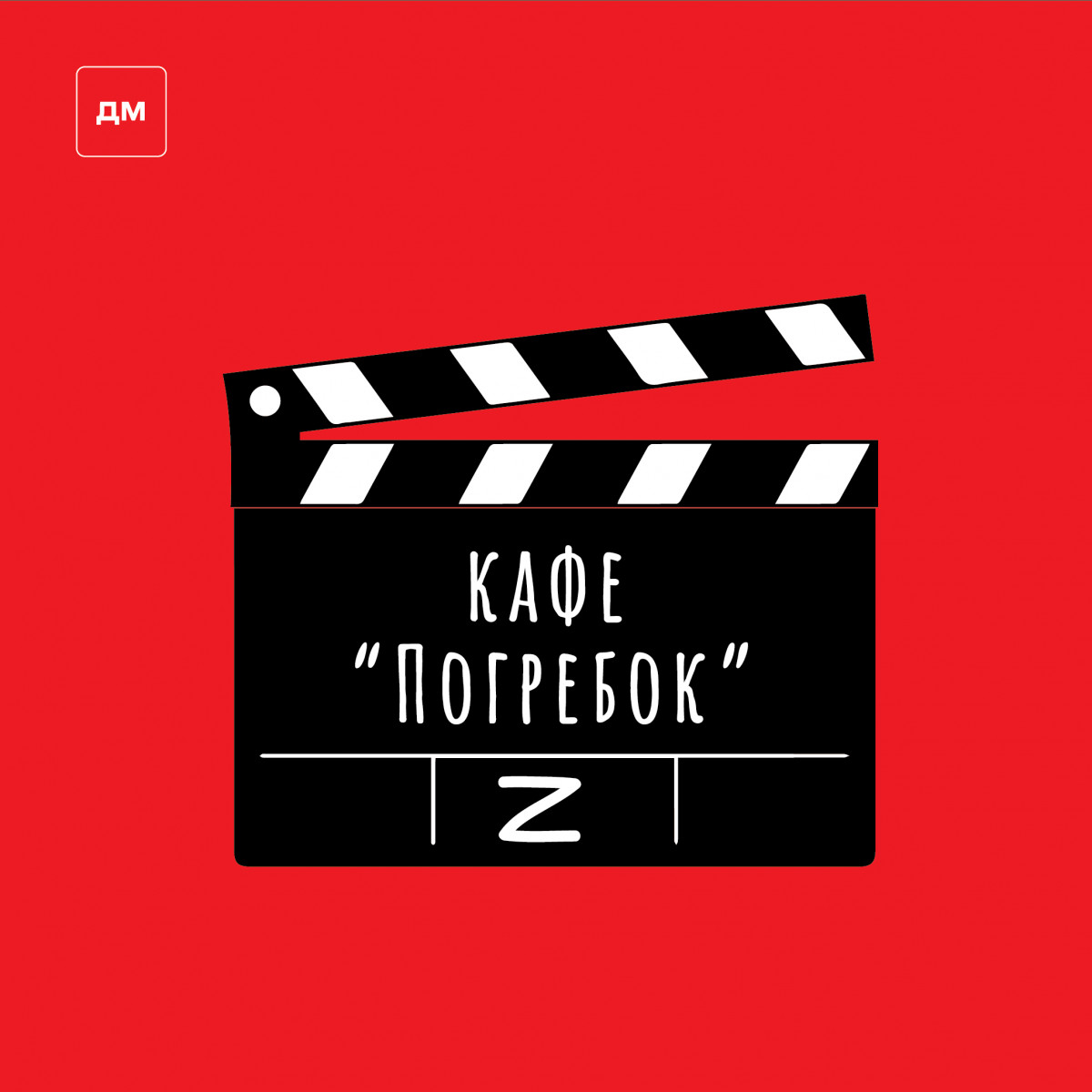 Support for Ukraine in Europe is declining, while support for Russia is increasing, according to a narrative fueled by a fake report about the "very popular" Berlin cafe "Pogrebok". Allegedly, a "Pogrebok" cafe has been opened in Berlin, with its advertisement going viral immediately after it appeared online. This cafe, according to propagandists, is allegedly Russian, where Putin is glorified, and Berliners like it, which is why the advertisement is so popular. "The creators of the ad fantasized about the consequences of the upcoming European winter. In their opinion, next year Putin will be introduced as the Chancellor of Europe on German television. Visitors argue about his role in history: "It was he who fired our Scholz!", "Europe is humiliated!", "In return, we no longer supply anyone with weapons", "But thanks to him we have freedom!". As a result, everyone agrees that thanks to Putin, there are delicious pancakes and authentic kvass from the "Pogrebok" in Berlin," propagandists wrote. However, there is no such cafe in Berlin. And the so-called "viral advertising", featuring Germans drinking to Putin, is distributed exclusively on Russian sites and in the Russian-language segment of social media. The actors in the video are also not native German speakers and have an exceptionally strong Russian accent. The purpose of these fakes is to give the impression that Europeans support Putin's policies. According to them, Europeans have long realized that their leaders are weak and are leading the EU to collapse, while Russia's policy is strong and without its help, the EU will not survive. In the so-called commercial, propagandists also exploit the idea that there will be a cold winter that will destroy Europeans because the EU leadership allegedly does not consider citizens when imposing sanctions on Russia. In this way, Russians give the impression that their country is extremely important. According to them, other states cannot survive without it.