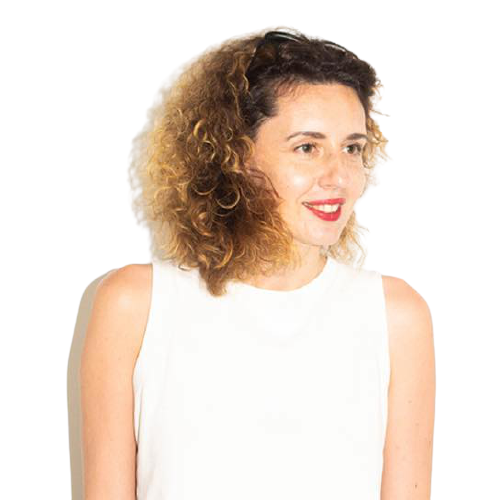 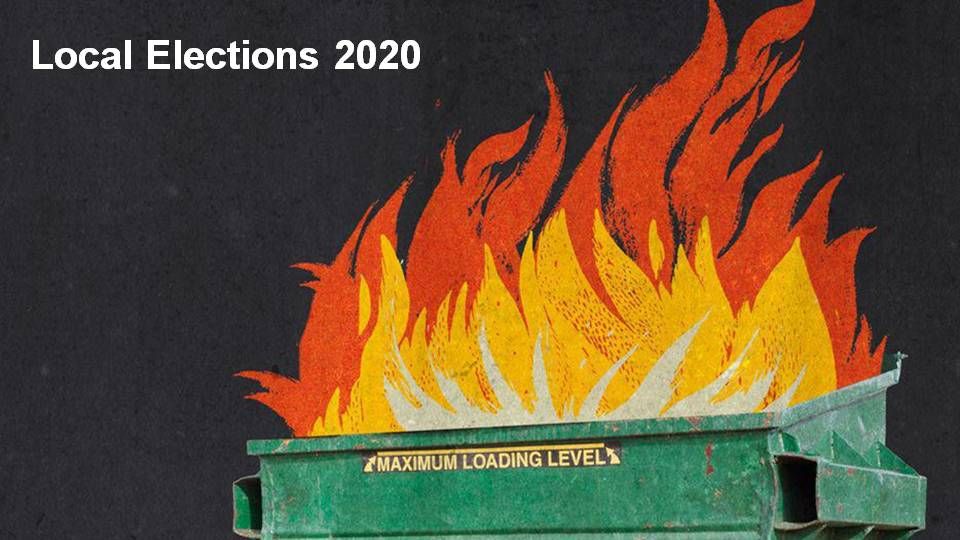 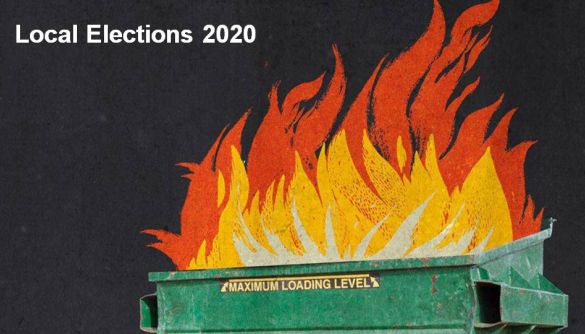 The position of the government in the media space is losing for several reasons. Firstly, the government rarely shows the initiative and is looking for excuses in response to accusations in most cases.

Secondly, the presence of the government in television news is the PR by the president. It is the same format in which Petro Poroshenko was shown until April 2019. The results of the August news monitoring show an increase in the number of Zelenskyi's PR against the background of a decrease in the number of mentions of the People's Servant party.

But there is almost no PR for Prime Minister Denys Shmyhal, while Volodymyr Hroysman has promoted himself in such a way that sometimes he even pushed the president out of the first place in the ranking of heroes in PR materials.

De facto, everyone understands that the president is traveling throughout Ukraine in support of the People's Servant party. But very little is said about the party and its candidates in the news. If they are mentioned, then this happens in the context of scandals.

Thirdly, People's Servants are weak in public debates and lose in all political talk shows if these are not directed in favor of the government. They constantly have to defend themselves and respond to criticism of the president, head of the presidential office Andriy Yermak, etc.

In addition, government officials are forced to comment on someone else's agenda. In many cases, on unfriendly TV channels, the People's Servant party members are in the minority (including Priamyi channel) or defenseless against the aggression of other participants in the discussions. 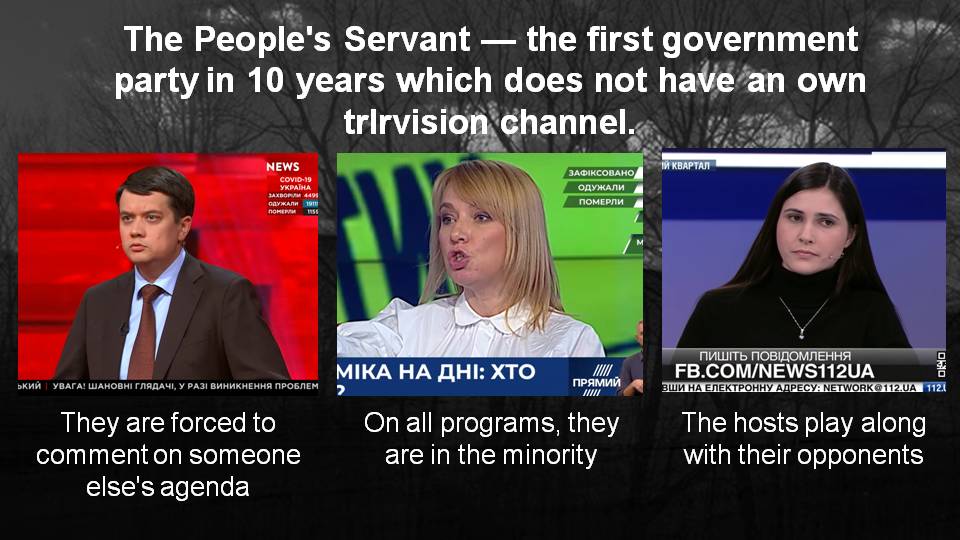 For the first time in almost ten years, there is no systematic PR of the government on any central or information channel. Although from time to time, there are "greenhouse" interviews or speeches of the first persons of the state on talk shows, in particular in "Svoboda Slova" [Freedom of Speech] on ICTV and in Svoboda Slova Savika Shustera [Savik Shuster's Freedom of Speech] on Ukraine channel, or in programs of Ukraine 24 TV channel which also belongs to Rinat Akhmetov.

The Opposition Platform - For Life party remains in the top in terms of the number of mentions in television news and the number of materials with signs of advertorial. The party's popularity is ensured mostly by TV channels owned by its members - Inter and 112 channels (other TV channels from Medvedchuk's holding are not included in the sample of monitoring of daily news by Detector Media). At the same time, Akhmetov's and Pinchuk's media groups are actually boycotting the Opposition Platform - For Life party, not mentioning it and not giving a word to its representatives, even in situations where this would be appropriate in terms of professional standards. The exception is the Svoboda Slova Savika Shustera [Savik Shuster's Freedom of speech] program where Yuri Boyko is invited from time to time.

The 1+1 channel, which used to promote Zelenskyi and the People's Servant party in the presidential and parliamentary elections, is now focused on promoting the For the Future party. The head of the party, Ihor Palytsia, appears in every issue of the Pravo na Vladu [Right to Power] talk show, and the news cover party congresses and other events, ignoring similar coverage opportunities of other parties (more details in the monitoring). The rhetoric by For the Future party is openly oppositional. Interestingly, in addition to 1+1 channel, which most actively promotes For the Future party, its PR appears on Inter also. 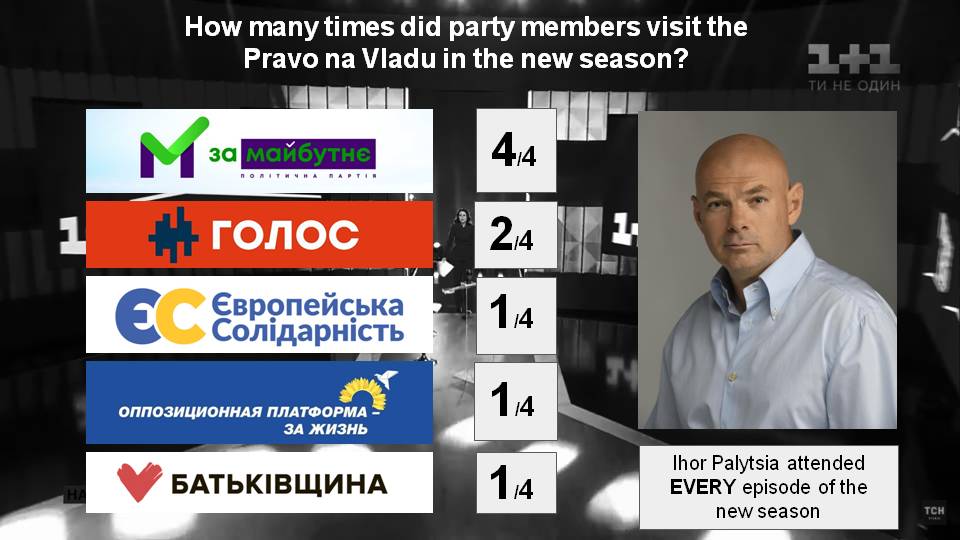 Ukraine channel divides loyalty in news between the European Solidarity party, the Fatherland party and the People's Servant party and at the same time in the news of exactly this channel, out of six channels of general interest, negative materials about the mono-majority appear the most often. The main "anomaly" in the election news of Ukraine channel is the almost daily coverage of the election campaign of Oleh Lyashko who is running for the mandate of a People's Deputy in the 208th electoral district in Chernihiv region. There is no "own" party that would be promoted by Akhmetov's media every day, as was the case with the Opposition Bloc in the 2019 parliamentary elections.

Viktor Pinchuk's TV channels - ICTV and STB - do not show a clear commitment to any political forces, although it is here that positive materials about the Voice party (which does not happen on other channels) and Vitaliy Klychko appear from time to time. Pinchuk's news channels do not openly criticize the government. Representatives of the Opposition Platform - For Life party are hardly given the floor here.

Priamyi channel promotes messages that benefit the European Solidarity party, aggressively fuels the scandal surrounding the seemingly thwarted special operation to seize the militants of the Wagner's private military company, and broadcasts a whole package of programs customized for black PR against the government. 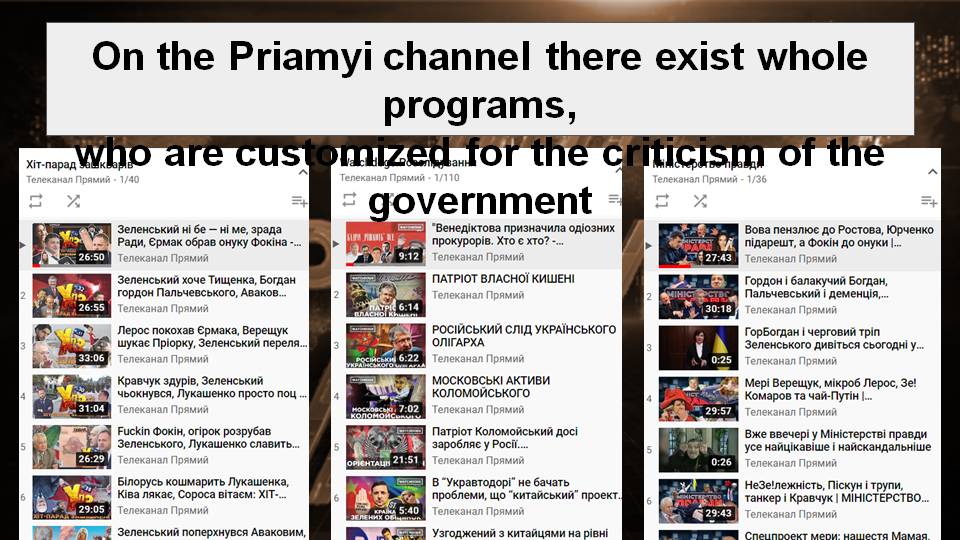 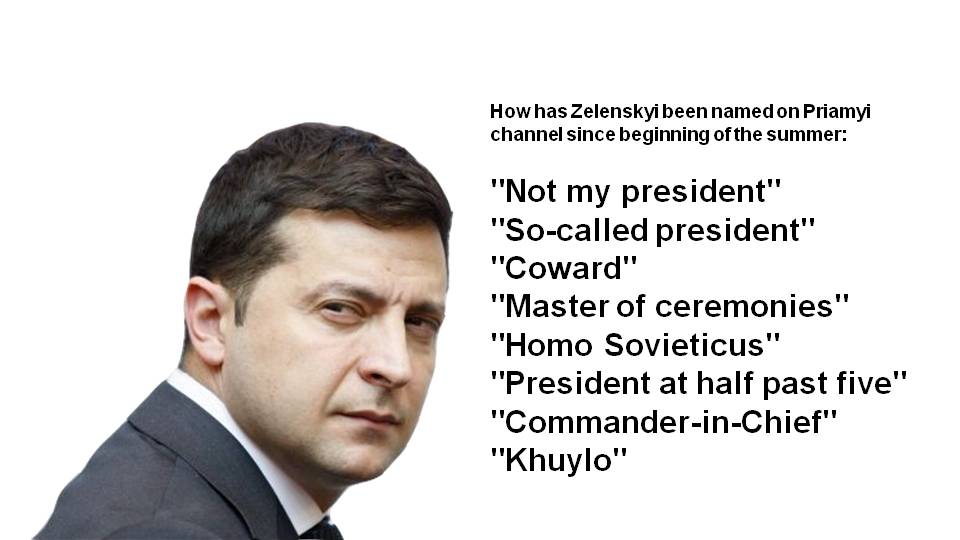 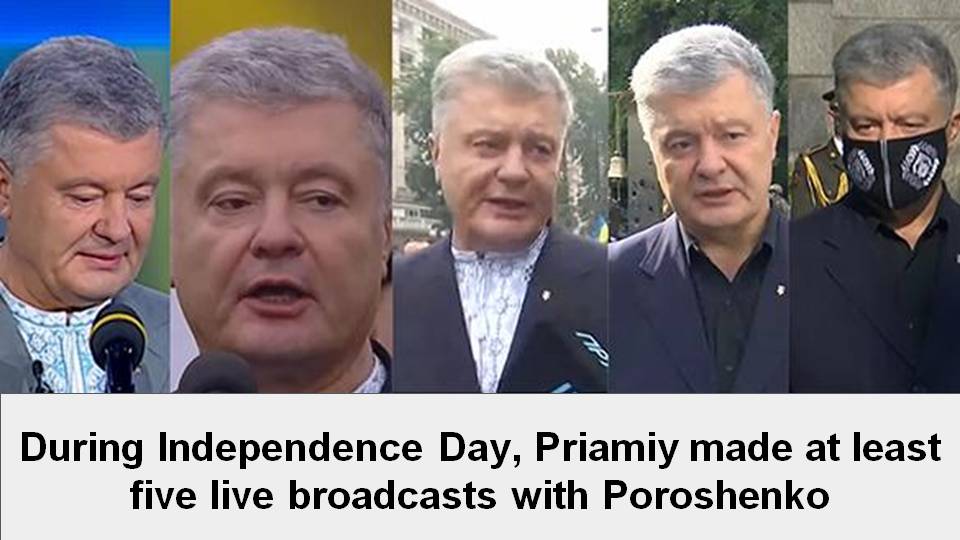 Viktor Medvedchuk's channels criticize the government for allegedly failing to implement the Minsk agreements, refusing to participate in a "dialog" with the militants and to supply water to the Crimea, etc. Scandals are fueled here due to careless statements by the People's Servants party (example – Halyna Yanchenko's words about "unwashed and uncombed children" of the front zone, taken out of context, which became almost central topics for NewsOne, ZIK and 112 channels). Medvedchuk's channels also provide media support to Anatoliy Shariy and Andriy Palchevsky. Hate speech is a norm here too: for example, People's Deputy from the Opposition Platform - For Life party Renat Kuzmin suggests on Channel 112 to kill several "wandering activists" in order to reduce their number. Channels of this group distribute the most outright fakes: for example, NewsOne rebroadcasts statements by the same Kuzmin that the government allegedly promotes illegal trade in body organs of Ukrainians. The same channel cut out the most scandalous moments from the recording of the talk show, apparently to escape the claims by the National Council on Television and Radio Broadcasting. 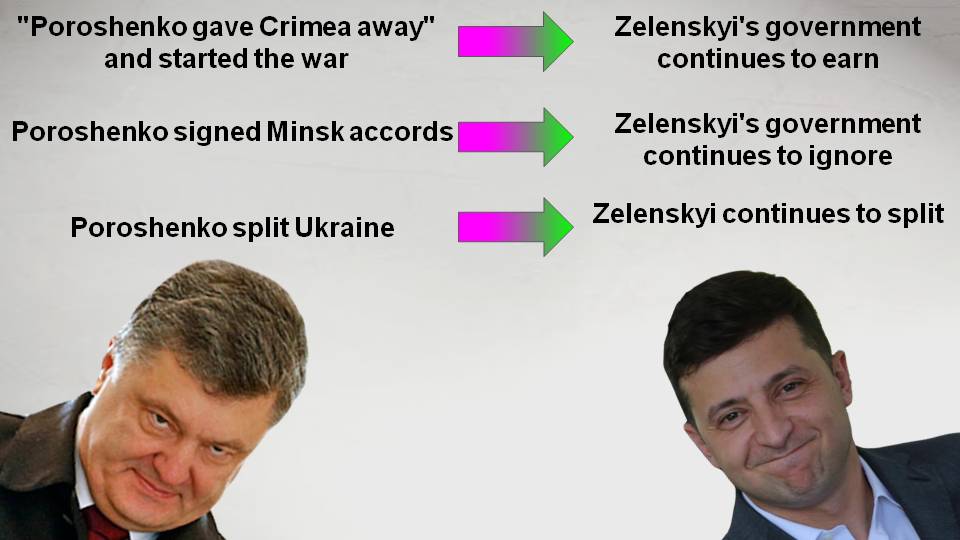 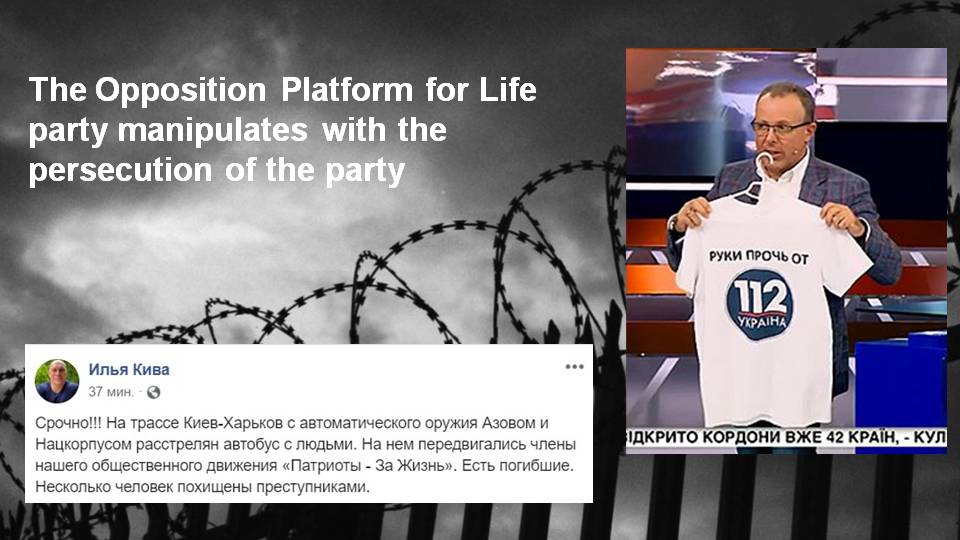 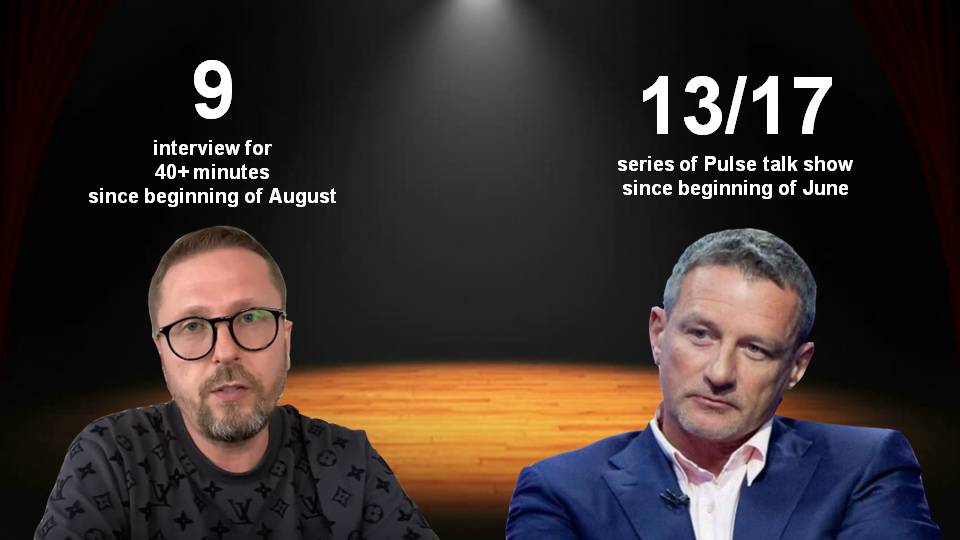 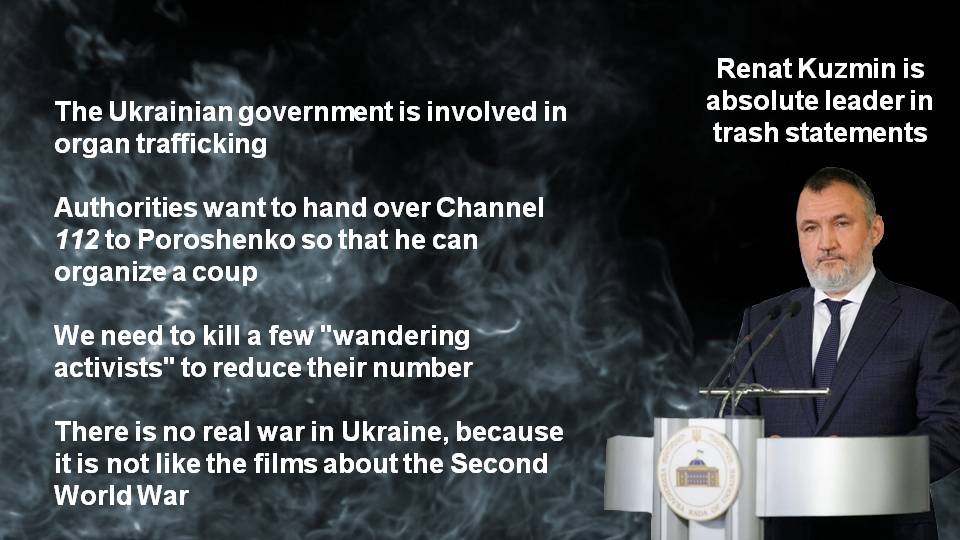 The Fatherland and the Voice parties are still quite passive in the information space. In the case of the Fatherland party, this is obviously due to the illness of Yulia Tymoshenko, who only recovered from coronavirus in mid-September. And the Voice party has focused on several regions and cannot find its place in political debates, where the party's typical moderate criticism of the government sounds unconvincing. The Proposition party, also known as the Party of Mayors, launched the election campaign quite actively, but later almost disappeared from the national information space, although Dnipro Mayor Borys Filatov is working hard to attract media attention to the party.

Central TV channels pay the most attention to the Kyiv elections. Iryna Vereshchuk, Serhiy Prytula and Mykola Tomenko appeared as Klychko's competitors in the news materials. Detector Media experts saw signs of PR and special attention to Vitaliy Klychko on Ukraine, Inter and ICTV channels, and Medvedchuk's channels have traditionally promoted Andriy Palchevskyi. And even in such an important region as Kyiv, the central TV channels do not consider it necessary to analyze the personalities in the lists, naming only the star and the most scandalous members of individual parties.

New rules for local elections and voting conditions during the epidemic are important topics that receive little attention in the national news. Not surprisingly, according to the poll by Rating, 65% of Ukrainians do not know about the local elections on October 25. Of the central channels monitored by Detector Media, only ICTV has launched a series of stories about the situation with the elections in the largest cities. From TV news, which remains the main source of information for most Ukrainians, it is difficult to conclude that the elections in Ukraine will take place in a month, let alone understand the rules on which they will take place.

Detector Media also monitors gender balance in the largest Ukrainian talk shows. We summed up the latest results in the summer: Between January 13 and June 26, 22.1% of women and 77.9% of men attended the shows. The number of women has almost doubled compared to the previous year, in part, due to a proportional increase in the number of female deputies in parliament. But such numbers do not yet mean real improvements in the fight against sexism on the air. After all, most women are invited to Medvedchuk's channels, where, at the same time, you can find the most sexism.

The intensity of Russian disinformation, its replication of catastrophic predictions and assessments since the beginning of the year and especially on the threshold of the Ukrainian local elections was equal in scale to the efforts of Russian propaganda in 2014-2015. Russia took a break only in April-May, when it focused on overcoming internal problems caused by the coronavirus.

We saw how synchronously Russian and Ukrainian pro-Russian media attacked Zelenskyi with the same messages:

And of course, the Wagner militants. During the first seven days after their detention and Lukashenko's accusations against the Kremlin of an attempt to organize a coup, the Russian side could not give a clear alternative version of events and limited itself to official denials and information blockades of this topic.

Only on August 6, Komsolskaya Pravda published a version of a special operation by Ukrainian security and intelligence agencies, which was immediately picked up and actively circulated by the pro-Russian Ukrainian media. However, until August 18, this interpretation of the story of the Wagner's militants remained marginal, given its "Russian origin."

After the story with the Wagner's militants in Ukraine received an internal impetus, Russian propaganda grabbed it as "proof" in favor of its version. Later, the pro-Russian media began to use the Wagner's militants as an illustration of the "failure" of the Ukrainian security and intelligence agencies, Zelenskyi's "weakness" and "evidence" of preparations for a "nationalist coup" in Ukraine and the permissiveness of the "secret services" of the United States.

The Russians are also armed with "hybrid" political decisions and propaganda, when a certain topic includes different and sometimes opposite messages aimed at different Ukrainian audiences. A recent example of such "hybrid" influence was the news coverage of the truce in Donbas, announced on July 27, 2020. The Russians, on the one hand, spread messages about the "unreliability" and "fragility" of the truce due to the unwillingness of the Ukrainian side to make political concessions, and on the other - pointed to Zelenskyi's weakness and his tendency to make concessions under Russian pressure.

The success of the simultaneous broadcast of such incompatible messages was based on the use by Russian authors of the already existing contradictions in Ukrainian politics. In particular, due to the desire of Zelenskyi's team to combine patriotic and pro-Russian motives in their communication. In the Donbas issue, they would probably be satisfied with both the concessions of the Ukrainian authorities on the Donbas issue and the mass anti-government riots caused by these concessions or even talks about them.

At the same time, two events that occurred in August make it difficult for the Kremlin to gain trust to its misinformation:

About monitoring by Detector Media

In September 2020, two new monitorings were launched – gender balance on all-Ukrainian TV channels as well as in regional TV and radio news (together with the Mass Information Institute) and (pro) Russian disinformation narratives  in the all-Ukrainian media space and in the media and social networks of eight regions. Every Monday during the election campaign, Detector Media monitoring team prepares Election Detector the final analytical report of the previous week. 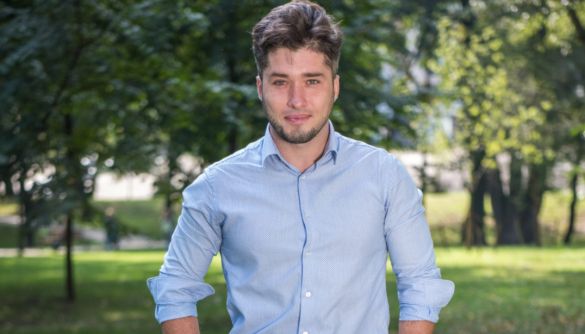 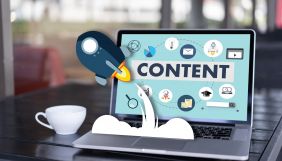