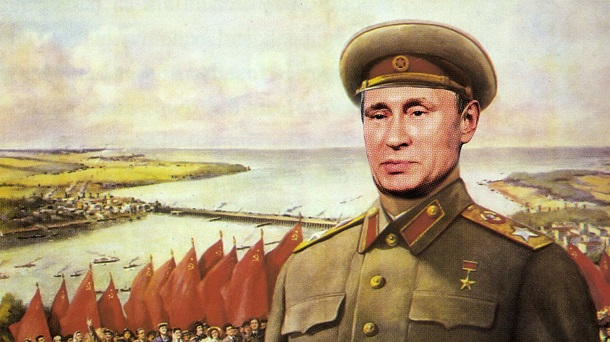 Could the recommendations from the European Values Think-Tank be really helpful in Russian propaganda counteraction?

Could the recommendations from the European Values Think-Tank be really helpful in Russian propaganda counteraction?

The efficiency of actions proposed by Czech organization the European Values Think-Tank, even if implemented, is quite questionable. 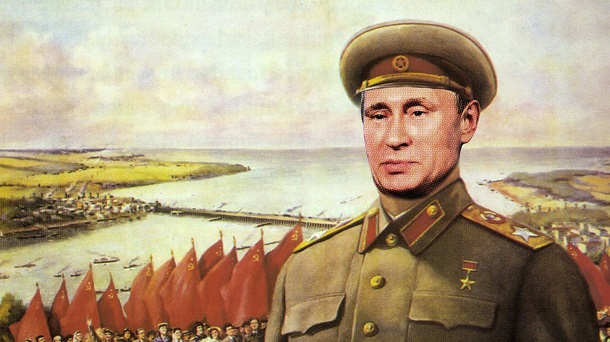 For sure, the paper is at least adequate to the recent realia, if not revolutionary. In other words, it recognizes these new realia and makes recommendations that might be a baseline for the response to the latest challenges.

MediaSapiens already made a preliminary review of the paper, and its main points were clear. But it needs more profound and critical review. This is not about announcing already traditional ‘Ooh! What they can know?", but about seeing if following of these recommendations can actually help the information confrontation with Moscow.

The descriptive part is rather accurate. It focuses on the main point: Russia does not just use its propaganda resource but converts it actively into political influence providing the information support to Russian politicians, parties or NGOs.

Even keeping in mind that the paper is (first of all) made for the European community, European officials and European journalists, the efficiency of offered activities, even if implemented, is rather doubtful. Having recognized the existence of the problem, even having recognized the changes in the nature of the new information reality, its activities are largely one-legged, the majority of them are hardly realizable.

At least until you recognize that in the situation when the information war is unleashed on your soil, some of the standards (once ‘unbreakable’) should be adjusted. And after this ‘adjustment’ the media environment would be far from the wishes of democratic society.

The recommendations begin with a general block for the EU and NATO, but there is no point in their analysis: these organizations are already doing or are planning to do that in the near future. The most interesting here is the development of strategic communications potential and a call to NATO to "speak national languages."

The most interesting starts with the guidelines for responding at the national level. Especially since here we are able to compare the efficiency and adequacy of these recommendations based on our, Ukrainian, experience.

As an article dedicated to hybrid warfare notes "hybrid warfare is able to bleed white its prey using a myriad of attacks below the subjective threshold of conflict." And it is really effective, since the State does not follow subjective feelings but the legal system (national and international) on what should be considered to be a conflict. This trend gets especially dangerous for the democratic states. Here is a paradox: the more democratic a state is, the stronger its democratic institutions are, the more vulnerable they are to Russia's destructive activities. They limit themselves to legal regulations whereas Russia overrides these restrictions. Here we have Ukraine’s striking example when volunteers and non-governmental sector do many of the things that are supposed to be done by the State. But the reality is that State within the existing rules is simply unable to realize much of what it is supposed to (as imagined by people). Therefore, the "gray world" products like hacker groups hacking into terrorist resources, Myrotvorets and so on spring up. Their activities, in terms of law, are really "on the brink" (and sometimes over the top). However, they de facto do what the State cannot afford to do officially. To be sure, if the EU wants to counteract Russian disinformation, it would also have to resort to such "gray solutions" (more or less).

Given the current system, all these proposals are beneficial, though their feasibility is quite questionable. Europe actually was not shaken by its "Cuban information crisis" to review dramatically its legal and practical activity. Are European politicians ready to recognize at the highest level that Russia pursuing aggression against the EU? To declare not in words but in documents? Until then there will be little point in all efforts to prosecute "pro-Kremlin" forces in the EU. Or they will be beyond the legal framework.

In fact, the recommendations partially covered this issue. For example, it is proposed at the European level to have comparative studies of the legal framework on quasi-media projects, used by Russia as a disinformation tool. Or to review current legislation and existing cases related to disinformation and propaganda countering, to review (or rather to debate on the subject) the definition what media is in the conditions of disinformation campaigns countering.

There is another rather practical proposal – to create national group for misinformation analysis. In fact, this is Ukraine who has something to share and discuss with European partners. Creating such groups is not a problem (e.g., the recommendations suggest that the groups should consist of professionals in foreign policy, national security, communications, representatives of the police and intelligence agencies); this is not the most difficult. To elaborate a mechanism giving these groups an opportunity to actually respond and act is much more difficult.

Ukraine (as well as the EU and NATO) is trying to perform this task within strategic communications system establishment. Even though all stakeholders seem to have the same vision of its structure, they regularly encounter different problems, and the bureaucratic mechanism does not allow to respond "in real time" in principle. To put it more exactly, this response is possible but if it is informal (based on interpersonal relations). Ant the European bureaucracy is even more complex and slow to start than the Ukrainian one, so it is hard to tell when it may be implemented in the EU. Moreover, the Recommendations are constantly referring to the filling of the European strategic communications with real content but so far it looks like a wish only.

The European STRATCOM is more focused on how to identify and disprove fakes. Unfortunately, this activity is perceived as "necessary but not crucial." Clearly, a system for fake identification and disproval should exist. However, the key question: who is a recipient of this disproval? Do they want to hear this disproval? We always forget (or do not want to think about it) people mainly choose the news regardless the objectivity principle. Moreover, they do not look for objectivity in the news spots. They want to confirm their beliefs with the news. And Russian television gives this very confirmation to many of them. That there is a global conspiracy. That world is ruled by a global government. That the USA is beyond the Maidan. That Russia “got up off its knees”. And many other “convincing” visions of the world. And cutting these quite “intimate” relations between the Russian TV and its viewers is rather difficult. Even more, purely in my opinion, it is even impossible without forced restriction to watch it. Though limiting such right is complex, on one hand, in technical terms and, on the other hand, you get drawn into the freedom of speech discussions again.

What Ukraine could really take advantage of from this document (perhaps not from the "letter" but from the "spirit") is a set of actions to be taken by the state (possibly, together with civil society) for countering of the information component of hybrid war. For example:

Of course, this is far from a complete list of what could be taken from this document for Ukraine. However, if we get back to the headline question, the principal answer would be “yes”, these proposals could be helpful. They cannot solve the problem fundamentally but can help significantly. However, Europe would need to revise substantially its political practice, its national legislation, its desire to postpone having clear determination of what Russia is for Europe. Until then these recommendations will be ineffective and will remain expert proposals only. And Russia, meanwhile, will continue to converting its information campaigns in Europe into direct political influence, imposing its agenda on the EU.