Agents without quotes. Two TV channels made pro-Kremlin coming out

1 671
NewsOne and "112 Ukraine" have crossed the line between promoting the interests of pro-Russian politicians and working on Russia. 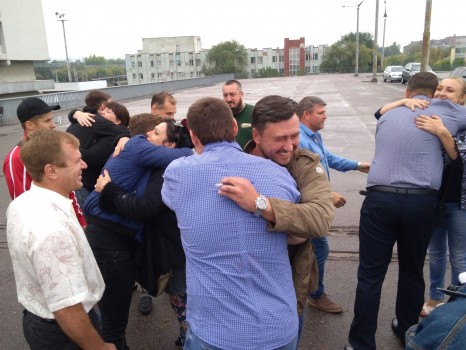 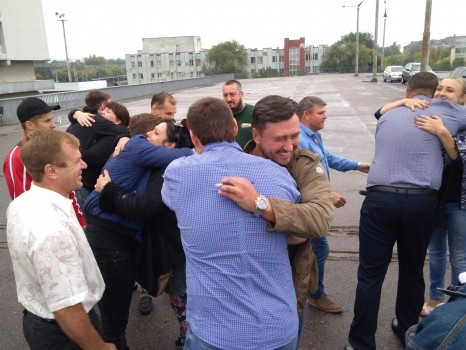 "After all, Soloviev signed a people's declaration of peace with the Ukrainians in the uncontrolled territories." This headline of the material, published on September 17 on the website of the NewsOne channel, could remain unnoticed by most readers: the name "Solovyov" not saying a lot. But this is a kind of manifesto, which marks the final channel's transition to the white-blue-red flag of Russia. Together with NewsOne, this step was made by "112 Ukraine". Recently, the channels are fully synchronized in the interests of Viktor Medvedchuk.

The message did not get much publicity, because it came out when everyone was discussing NewsOne for another occasion - the beating of a correspondent during a protest in front of the General Prosecutor's Office. In particular, they said that, whether or not they are Kremlin agents, but journalists can not be beaten.

Meanwhile, NewsOne journalists posted a report on signing the People's Declaration of Peace in Luhansk.

Here's the frame where this message is trying to put us:

All these messages are well-known to us from the Kremlin media - they are abundant in Russian propaganda monitoring. If we analyze the results of the monitoring of propaganda in the media in Ukraine, they can also be seen, but not directly, in the form of hints, the aesopian language. Now NewsOne speaks straight: the aggressor is Ukraine.

I recall that on the same day, on the air of NewsOne, Viktor Medvedchuk said that the phrase "Russian aggression" is an unacceptable stamp for him.

Russia, more precisely, the absence of references to Russia, is also part of this frame. It is easy to explain the non-conformities to people who accept it: Russian troops, whose presence in the Donbas last year was recognized by the OSCE, at a critical moment stopped the attack of the aggressor, but immediately retreated. Russian soldiers, who periodically die or fall into captivity, are volunteers who are not indifferent to the fate of the brothers from the Donbas. Russian participation in the life of uncontrolled territories - care for the Ukrainians who were left by their state.

Crimea? It is harder, but usually the conversation with the direct question "who does Crimea belong to?" can be transferred to the question of "Ukraine's" and "Ukrainian authorities" responsibility for the fact that the peninsula "decided to become a part" of Russia. And from here, not far from the message that future peace politics will create the conditions for its  voluntary return.

Note that there is no word "Russia" in the message. "We expect provocations from both Ukraine and uncontrolled territories and special services of neighboring states", says one of the leaders of the "Intelligent Force" party, which first talked loudly after the testimony of a convict in an assassination attempt on Babchenko, Boris Herman - namely as a funded by the Kremlin. Obviously, the mention of the provocations of the territories and states is an attempt to dilute the image at least a little, where "Ukraine" is the only participant in the fighting and the only beneficiary of the war. There are not many neighboring states in Ukraine, but it is difficult to imagine which of them can organize provocations against "Intelligent Force." Russia, at least in the territory of the occupied part of the Luhansk region, could deliberately stop signing any people's declarations, if only wanted.

NewsOne - is almost the only all-Ukrainian mass media, which has regularly covered the activity of "Intelligent Force" until now. A year ago, a PR-plot on the occasion of the presentation of the newly formed party appeared there; then from time to time came materials with populist statements of party´s leader Alexander Solovyov and allegations that the units of "Intelligent force" are under pressure. On September 7, Oleksandr Savchenko, deputy chairman of the party, was a guest at the NewsOne studio, where he called for a change of government and the preservation of "friendship with Russia".

So one can speak of a consistent promotion of a group of people whose activity is limited to the pro-Russian statements and provocations like this of Luhansk. The fact that this provocation took place with the knowledge of the occupation authorities does not go away, although the material does not say so. Knowing how decisions are made in the occupied territories, one can be sure that it also happened at least with the knowledge of the Kremlin emissaries.

The fact that the authors emphasize the "Ukrainian citizens" and "the permission of the SBU" involves the involuntary recall of the Apostle Paul, who timely appealed to his Roman citizenship, so that he would not be executed in Jerusalem. But the wording states that Solovyov and Savchenko represent some other side, separate from Ukraine: "We expect provocations from Ukraine", "demands to the authorities of Ukraine and all sides of the conflict" - it is not the rhetoric of people who consider themselves Ukrainian opposition.

In photographs illustrating the text, certain people embrace and posture against the background of the Luhansk railway station. However, it is impossible to come to Luhansk by train from the free territory, therefore the train station is obviously chosen as a symbolic place of the meeting.

Could this provocation be reported? Probably yes, if the basis of the message would be to answer the question "Who are these people?", "How and why did they go there and organize this?" and "What is its attitude and what does the SBU plan to do?" But there are no other positions in the message except representatives of the so-called "Intelligent Force", and the wording "signed after all" and "kept promise" suggest that it is not editorial material, but sent by the provocateurs themselves. The accuracy of this guess is easy to confirm by going to their website. The material is published there in the same way as on the website of the TV channel, only the title is different. The same message, but with the original title and with reference to the website of the party, published "KP in Ukraine", the edition that belongs to Serhiy Kurchenko. A similar material was published on the website "Apostrophe", close to Vasyl Filipchuk, the author of the idea of ​giving Crimea to Russia for rent.

The amateur video used in the material shows that symbolic the brotherhood of Solovyov and "Ukrainians" are followed by people who are very similar to the military. Interestingly, the correspondents of neither NewsOne nor "112 Ukraine" dare to film the signing of the "declaration".

Unfortunately, full journalistic materials from other media that would investigate the provocation and give the position of Ukrainian law enforcement officers (and not only the post by Georgiy Tuky on Facebook) could not be found. Perhaps the journalists simply decided not to draw attention to the marginal campaign.

They better did. Observing the changes in the rhetoric and information policy of NewsOne and "112 Ukraine", one can predict that the direct calls "Ukraine, capitulate" and other forms of explicit Russian propaganda on the air of these channels will increase. After all, they are confident of their impunity. There are enough defenders of freedom of speech both in Ukraine and in international organizations, who are ready to swoop into action and cover Russian agents with their bodies.

Russian agents are now without quotes. 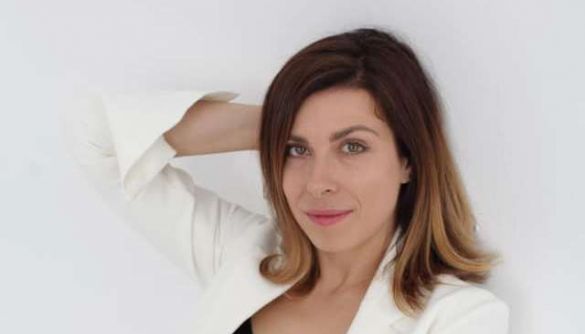