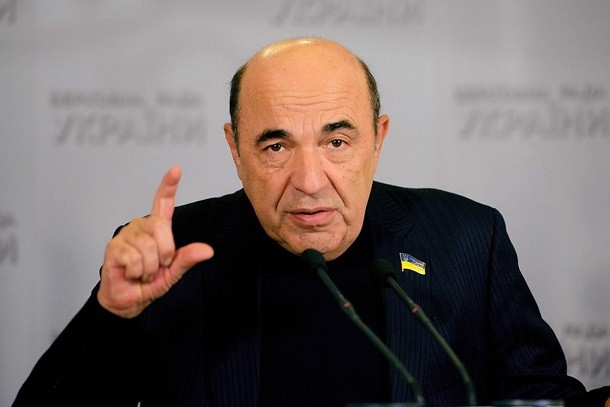 How "112 Ukraine" manipulates polls data in favor of Vadim Rabinovich

How "112 Ukraine" manipulates polls data in favor of Vadim Rabinovich

There is an "Episode" section on the "112 Ukraine" TV channel, which is very manipulation-friendly. It goes on air between the news and studio interviews and is not stored in YouTube archives. It was on September 6, in the "Episode" at 21:00 that the channel decided to speak about the increase in the support for the "For Life" party, which is allegedly confirmed by sociological polls. But this is not the case. 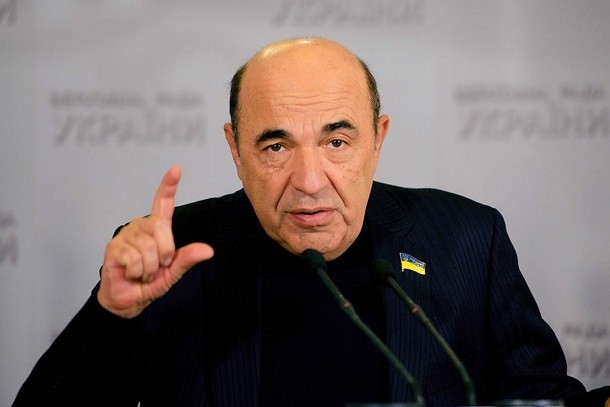 Vadim Rabinovich is the most famous member of this party, and from July "For Life" received another odious figure, Viktor Medvedchuk.

TV channel with a compromise

Behind the scenes of the "Episode" they say, "As sociological studies show, an increasing number of Ukrainians believe that peace can be achieved through agreements and compromises." But on camera they show a press conference "Half a Year Before the Elections: Whom and Why do Ukrainians Elect?», held on September 4.

The results of a recent poll, conducted by the Ilko Kucheriv's Democratic Initiatives Foundation together with the Razumkov Center, were presented at this event.

However, the assertion that an increasing number of Ukrainians leans towards compromise is false. As for the question whether compromises should be made in order to restore peace, the ratio is stable.

"Approximately 20% of Ukrainians believe that peace can only be restored by military action, another 20% say that we must agree on any compromises. 51% believe that compromises are an option, but not in every case. When we ask these respondents what kind of compromises can be an option, they are categorically against the compromises imposed by Russia , for example, federalization of Ukraine, or the special status of certain regions of Donetsk and Luhansk regions," told "Detector Media" Iryna Bekeshkina, director of the "Democratic Initiatives" Foundation.

The TV channel issued a statement, in which they said, "in general, the assertion "an increasing number of Ukrainians believe that peace can be achieved through agreements and compromises" has nothing to do with the Foundation's sociological studies." But the first two phrases of the channel's story said the opposite, which now has to be refuted.

In the "Episode" on "112 Ukraine", Rabinovich was also boasting that "the best negotiator" – Viktor Medvedchuk – joined the "For Life" party. He alleged that Medvedchuk is the one who will help reach compromises. "The level of trust to Medvedchuk was and remains the lowest - it is 5.2%," disagreed the director of "Democratic Initiatives".

So, Rabinovich's mention of the fact that "the best negotiator" is in the ranks of his political force does not really count as a good news. Although for "112 Ukraine" any news about Medvedchuk has recently been good.

When increase is a statistical error

Referring to the same sociological study, "112 Ukraine" claimed that the rating of the "For Life" party rose. "This is also a lie and manipulation," said Iryna Bekeshkina.

On September 7, the Foundation made a public statement, demanding a refutation from the TV channel. "In case of similar use of the data from our studies, we will be forced to appeal to the National Council of Ukraine on Radio and Television with a request for license termination due to the dissemination of false information," the statement said.

However, "112 Ukraine" TV channel did not refute the above assertions. In their statement, they advised sociologists "to refrain from selective use of the results of their own sociological studies".

The media continues to insist that the rating of the "For Life" party is rising. In order to confirm such progress, the TV channel referred to an opinion poll conducted by the Democratic Initiatives Foundation: in May 2018, rating of the "For Life" party was 6.0% among all respondents and 8.1% among those who intend to participate in the election. According to the August poll carried out by the foundation, these indicators were 6.1% and 8.7% respectively.That is, a hundredths of percent difference.

"The matter is that there is a sampling error. Taking it into account, 6.0 and 6.1 are the exact same number. Even if you are not an expert in sociology, it is clear that these values ​​are practically the same. That is, there is no reason to say that the party's rating rose," told "Detector Media" Mykhailo Mishchenko, deputy director of sociological studies at the Razumkov Center, who also participated in the poll.

The same goes for the statements made by "112 Ukraine" about the fact that the rating of Vadim Rabinovich as a candidate for the position of a president rose in August in comparison with May 2018. When people were polled in May, 4.2% of all respondents said that Rabinovich was their favorite (5.4% among those who intend to participate in the elections). In August, 5.3 % of all respondents chose Rabinovich (6.7 % among those who intend to take part in the elections). Media representatives compare these figures to the rating of December 2016: then the results of the study were as follows: 4.1% and 5.1% respectively.

However, this is a manipulation: they deliberately take the data obtained two years ago. If you take the same figures for the past year, you will see that Rabinovich's popularity among all respondents was 5.8%, and as for those who intend to participate in the elections, it was 7.7%. And here, according to the channel's logic, we would have to note that the rating fell. But in fact, from the point of view of sociology, nothing has changed - it is a stable indicator (because the data are practically within the margin of error of the study, 2.3%). This is emphasized in the statement by the authors of the poll.

"We did not say anything about the rise of the ratings of the "For Life" party, because they are stable. In December 2017 – 6.7%, in August 2018 – 6.1% of all respondents. Personal support for Vadim Rabinovich as a potential presidential candidate did not increase either: in May, it was 5.3%," commented Iryna Bekeshkina.

Moreover, the rating of trust in Rabinovich as a politician fell from 17 to 13% in comparison with 2017. 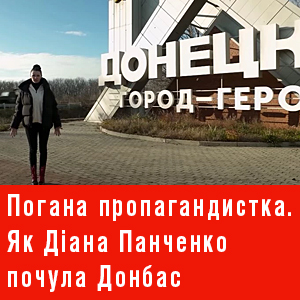